Liverpool is not for trademarking

The club announced they were applying to trademark the word “Liverpool” and justified the decision by saying the application is narrow because it will only be applied to the use of the word in a football context and is intended to shutdown counterfeiting operations that replicate official merchandise.

The decision has caused anger amongst the fans and the population of the City.

There are a number of football clubs with “Liverpool” in their name and they are concerned about how the trademark might affect them. Also, a number of businesses have grown producing independent merchandise based on the terrace culture of Anfield and the streets of the city. This all developed without any input from the club producing t-shirts, hats and clothing that appeal to the fan base.

These small businesses supply products that reference the history of the team and the city in a very different manner to the club shop. They celebrate team and club legends with a style the club official merchandise cannot replicate.

SOS organised a show of strength before the fixture against Newcastle United on 14 September 2019 to support the independent retailers by wearing a piece of their merchandise on Saturday with the tagline #IndependentsDay.

A media campaign was also underway throughout August and September, with people being encouraged to write to the Intellectual Property Office (IPO) to oppose the move. On 26 September 2019, the IPO dismissed LFC’s application.

The official judgement cites “the geographical significance of Liverpool as a city in comparison to place names that have been trademarked by other football clubs in the UK”. 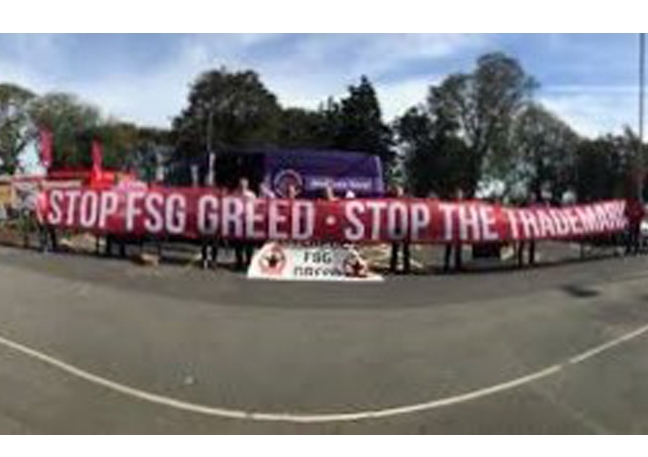 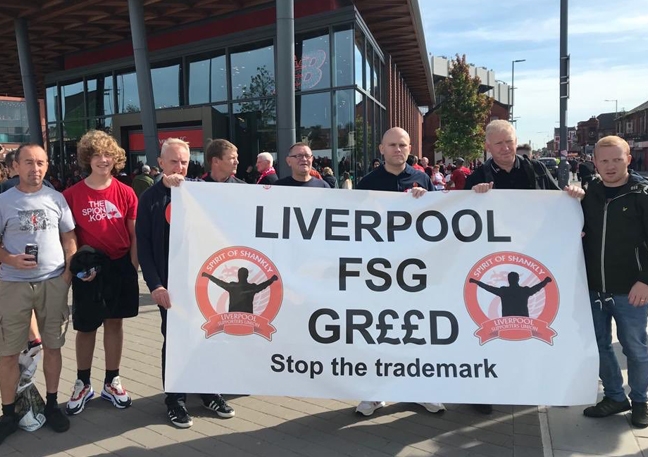 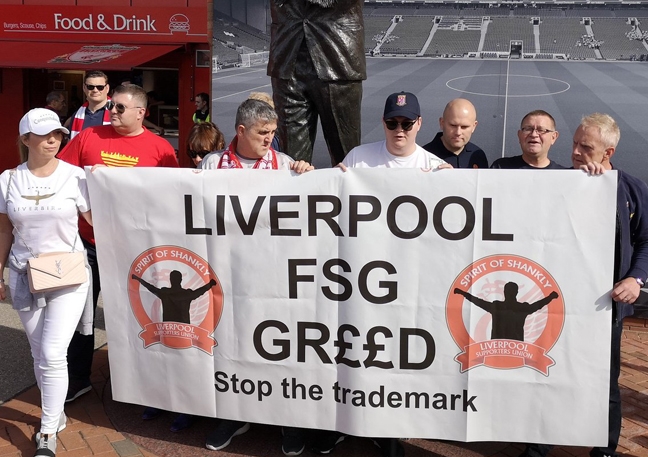 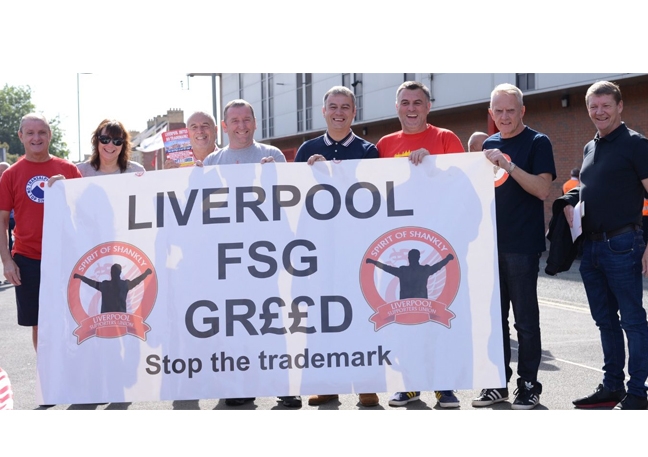 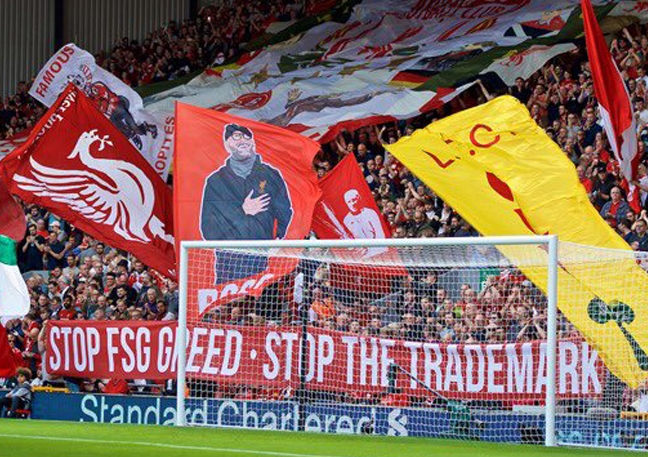 Victory for Common Sense Spirit of Shankly welcome the Intellectual Property Office’s rejection of Liverpool FC’s trademark application, and the club’s decision not to appeal against it. SOS were clear at the outset that the word ‘Liverpool’ is not for FSG or anybody else to own [...]

Liverpool Is Not For Trademarking

Spirit of Shankly have been alarmed to learn of club owners FSG’s plans to attempt to copyright the name ‘Liverpool’.