Established 2008. The story so far

When Tom Hicks and George Gillett strode through the Shankly Gates in May 2007 promising to be the “custodians” our “storied club” deserved, many of us looked forward to a bright future. The reality was somewhat different.

Rick Parry had told fans to “trust us”. He spoke of “selling the family silver only once”. Liverpool fans had seen our rivals move ahead and the consensus was that selling LFC was the right thing to do. Hicks and Gillett assured us this wasn’t a “takeover like the Glazer deal at Manchester United”; that a spade would “be in the ground on a new stadium in the next 60 days or so”. They promised to back the manager and respect the traditions of the club.

LFC as we knew it changed for ever. We afforded them the opportunity to deliver, but within months it was clear their intentions were not as promised.

The formation. The Sandon, Anfield. Birthplace of LFC 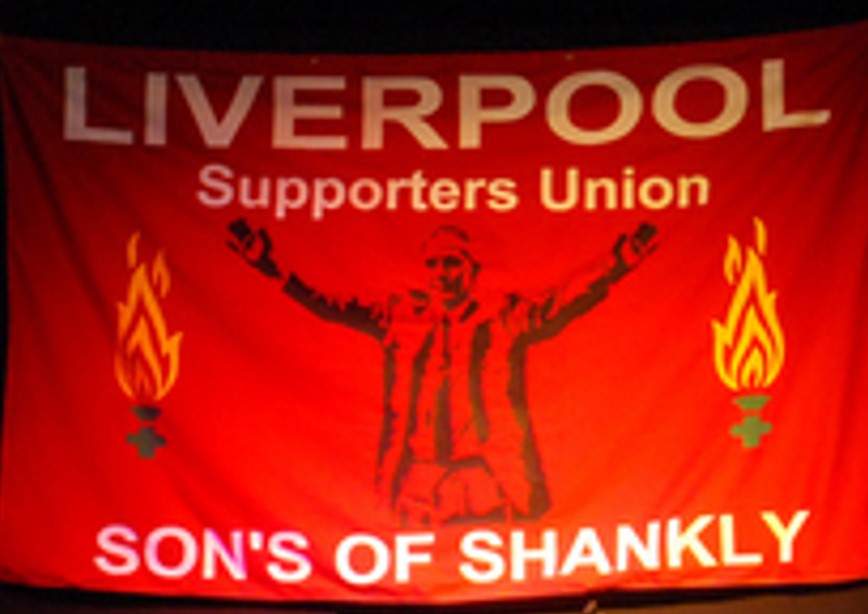 On Thursday 31 January 2008, 350 Liverpool supporters angry at the broken promises from Hicks and Gillett, and fearing for LFC’s future under their ownership, gathered in The Sandon. Just metres from Anfield, it is the public house where John Houlding formed Liverpool Football Club in 1892.

The meeting was chaired by Paul Rice with a panel made up of: Nicky Allt, Neil Atkinson, Andy Heaton, Alan Kayll and Dave Usher.

A highly charged, emotional meeting ensued, resulting in the birth of the Liverpool supporters union, called Sons of Shankly.

The first union meeting took place on 16 February, chaired by Nicky Allt, with around 750 in attendance. James McKenna and Neil Atkinson were among the speakers.

A vote was taken to change the name to Spirit of Shankly and a set of aims for the union was proposed and accepted.

After the meeting the union marched together to Anfield. It was the first of many. We were just getting started.

The ownership crisis was the focal point of discussion at the initial meetings, but issues going beyond were raised.

Nicky Allt led calls for an organisation that would bring Liverpool supporters together and speak out on their behalf. The idea mushroomed.

Read more: The problem with H&G
We are not Weetabix. We are Scouse

We made our first video…

We protested in the ground

We organise coaches to away games

We provide coach travel to away games at a not-for-profit cost for our members.

Our first trip was a visit to Rangers in July 2008. Just don’t mention the fire

We made the national news

One of our first campaigns was to back Michael Shields and his family as they fought to have their son released from wrongful imprisonment in Bulgaria.

In May 2005, following Liverpool’s Champions League victory in Istanbul, travelling home through Bulgaria Michael, then just

18-years-old, was charged with a crime he didn’t commit and sentenced to four-and-a-half years in jail.

Michael was made an honorary member of SOS and given membership number one. We were delighted when Michael and his father, also Michael, supported our efforts in 2019 to help Sean Cox and his family.

We made the owners not welcome at Anfield.

Also we made them not welcome at The Crowne Plaza hotel in the city centre.

Tom Hicks was beginning to get bad press in Dallas.

We were just getting going.

Not Welcome in the city

It spread around the world…

We asked RBS to finance the fans

During the summer of 2010, supporters waited for news of the sale of LFC. It didn’t happen.

The club were in an increasingly precarious situation with Tom Hicks attempting to place further debt on them.

SOS called on RBS to refuse to refinance the debt that was leveraged on LFC.

We asked RBS to finance the fans, our request reached parliament and we weren’t actually that far away.

Finance the fans
MPs: No to refinancing
SOS Reponse

We met senior club staff regularly to address the concerns of supporters throughout the Hicks and Gillett reign.

Also we met Christian Purslow, the MD. Once.

He wouldn’t agree the minutes.

In May 2007, nine months before SOS’s inception, a group of fans gathered in protest at a lack of transparency in ticket allocation for the upcoming Champions League final in Athens. They were dismissed by club officials as just “200 divvies”.

Now supporters were being dismissed again by those inside
the club who labelled them “sons of strikers” and “militants”. Hardly insults.

Years later we discovered a dossier had been circulated inside the club, calling SOS the sporting version of the Khmer Rouge.

We developed ideas in collaboration

We spoke up for the community and developed the idea of a ‘Football Quarter’ with colleagues at @keioc. Big thanks to @PeeG24 for his work, particularly on this

We spoke up for supporters

We spoke up for supporters about the way we are policed and stewarded before, during and after games. Working with police forces, such as Greater Manchester Police, we have improved how we are treated. Special thanks to @FSF_FairCop who is an unlauded hero for football supporters around the country.

Numbers grew and our voice got louder

“They don’t care about Rafa

They don’t care about fans

Liverpool Football Club, is in the wrong hands”

We stayed behind after matches to protest and make our voices heard and feelings known. When the players came out to warm down we were still there.

A ‘tribute’ to LFC’s then managing director Christian Purslow was unveiled on the Kop.

A positive reaction to the news that the club will be sold by Hicks and Gillett, hopefully to fit and proper owners.

There was still no sign of a new stadium…

On arrival, Hicks and Gillett had promised “a spade in the ground” on a new stadium “within weeks”.

Some 440 days later there was still no sign of one.

We did it for them.

George Gillett we dont believe you

Our Supporter Ownership proposal was launched and a Declaration of Independence from Hicks and Gillett. 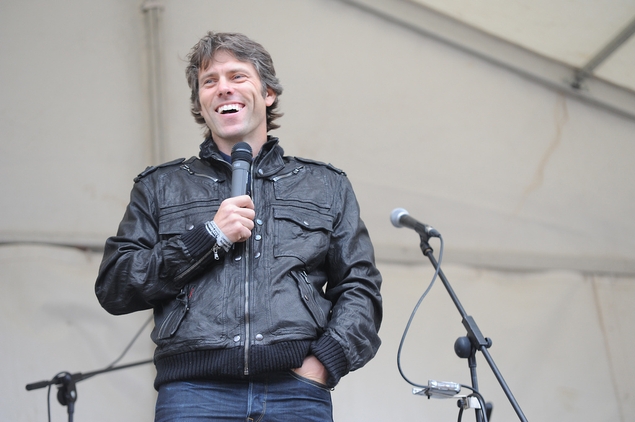 And then, they were gone… 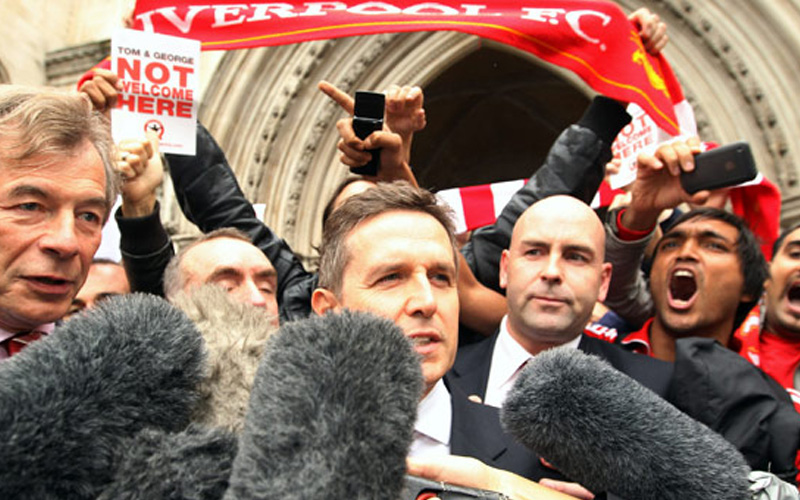 The news we had so desperately wanted came on 15 October 2010.

“Spirit of Shankly are delighted to hear that the failed ownership of Tom Hicks and George Gillett has come to an end.

“Our union was formed to protect the club and to hold their owners to account. It is gratifying to see the efforts of our members in removing them from their failed tenure.

“Liverpool Football Club are now rid of Hicks and Gillett. This has been achieved through the magnificent efforts of supporters, from the early days of formation in the Sandon, calling Hicks and Gillett to account, to campaigning and protesting tirelessly.”

We welcome FSG cautiously. They thanked us … 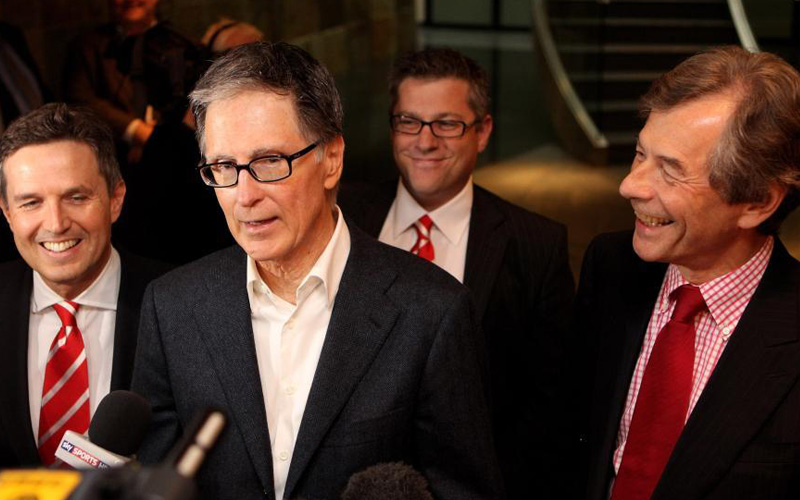 John W Henry told SOS: “If it wasn’t for yourselves and supporters doing what you have, we wouldn’t be here now.”

And then it went quiet.

The noise that refused to go away

This great video captured the mood of the moment.

Fans had triumphed against the odds

Spirit Shankly were already looking to the future.

Paul was known throughout the city and beyond for his roles in local politics, the business community and to our benefit Spirit of Shankly.

Without Paul the growth, success and standing of our union would not have been possible. Those who knew him were privileged. He will never be forgotten.

We campaigned on away ticket pricing

With the cost of away tickets in particular spiralling out of control annually, we campaigned for a price cap. We began coordinating fan groups and holding meetings in Liverpool and London and #FootballWithoutFansIsNothing was established in June 2013.

We called and supported demos at the Premier League about ticket prices.

Ensuring no one gets left behind

Of course it’s never perfect, so we helped SOS committee member Kieth Culvin when he was wrongly arrested at Old Trafford.

In April 2015 Hull City were the latest club to try to rip us off over ticket prices. More than 1,000 Liverpool supporters boycotted the Premier League game and instead of going to the match protested at Anfield. It was a huge success.

In the end, supporters won

Eventually, after much back and forth with the Premier League and clubs, we won.

Since the start of the 2016/17 season, away tickets have been capped at £30 each, saving regular matchgoers as much as £300 per season!

We look out for the local community.

We co-founded @SFoodbanks and support them regularly collecting donations at Anfield and other clubs around the country.

“It is fantastic that the clubs are supporting this initiative and we hope it proves to be a long, successful partnership,” SOS committee member, Ian Byrne said. People in the Anfield and Breckfield areas continue to be among the neediest in our city. We’d like to encourage fans to drop off basic food items such as tinned fish, UHT milk or tinned vegetables to help local people in crisis.”

Covered on the BBC One Show: January 2020

We helped fans across the country do the same

We campaigned on home tickets and supported #WalkOutOn77

Attention turned to home tickets. And we campaigned with @SpionKop1906 on the same issue.

SOS, @SpionKop1906 and @LFCSupCom began to talk to the club about prices. But after 13 months, the club decided to introduce big increases, with tickets in certain parts of the ground to cost £77.

“The widespread opposition to this element of the plan has made it clear we were mistaken.”

“A great many of you have objected strongly. Message received.”

“This plan shall be in effect for both the 2016/17 and 2017/18 seasons. For the next two seasons, LFC will not earn a single additional pound from increasing general admission ticket prices.”

“We believe we have demonstrated a willingness to listen carefully, reconsider our position, and act decisively.”

“The unique and sacred relationship between Liverpool Football Club and its supporters has always been foremost in our minds. It represents the heartbeat of this extraordinary football club.”

We were asked about the rail seating debate

A final public meeting ahead of a vote to decide our position on rail seating, took place on Saturday 22nd July in The Liner Hotel, Lord Nelson Street, Liverpool, L3 5QB and was open to all to attend.

To mark the occasion of the 10-Year Anniversary evening since the formation of SOS. A celebration was organised on Saturday 24 February 2018, at 7pm in The Church, Oakfield Road, Anfield.

The evening, as well as marking our anniversary, was a tribute to those Liverpool heroes on whom the success of our club was built under Bill Shankly. We were delighted that club legends including Kevin Keegan and Ian Callaghan joined Brian Reade for a Q & A, there was a special presentation, on behalf of SOS, to former players, and a tribute to Tommy Lawrence and his family. Along with live music from John O’Connell.

Held in conjunction with the Shankly Heroes Nights, all profits from the evening were donated to the Shankly Players Foundation.

As part of a full and inclusive review of the potential for rail seating at football we visited Celtic to investigate their safe standing area and speak to Celtic FC, police, Celtics Supporters Liaison and fans of the club.

We support Sean Cox and his family

We have regular dialogue with LFC. Although we don’t always agree. 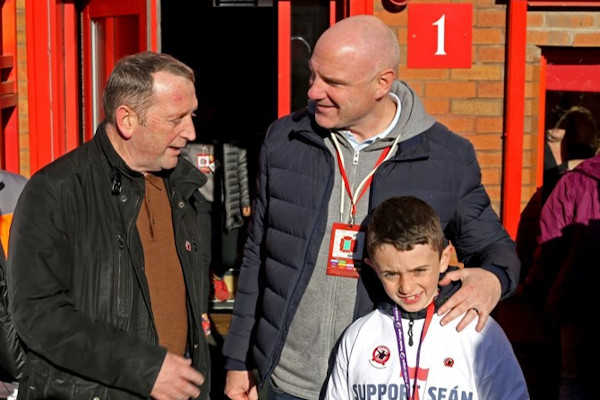 We’ve met the club on many occasions since an today we represent the views of our members and Liverpool fans in general on whole variety of issues.

We are recognised, respected and work alongside FSA, Fans Europe, the FA, Premier League, footballing authorities, police and media locally, nationally and internationally.