Fan activism at its best

Founded in October 2015 Fans Supporting Foodbanks was a joint initiative between Spirit of Shankly and Everton’s Blue Union.

Following a plea for donations for local foodbanks at a recent derby, both supporters’ groups have linked up with North Liverpool Foodbank and ABCC (Anfield Breckside Community Council) to organise weekly collections at every home game at Anfield and Goodison.

What started with three fans collecting tins of food in a wheelie bin outside the pub on match days now supplies 25% of all donations to North Liverpool Foodbanks and has become a grassroots organisation that stretches from Glasgow to London to Dublin.

But we do more than just collect food. We educate people on the root causes of poverty and work to promote unity, equality and justice in our communities. It’s not about charity but solidarity.

We have extended our reach too, campaigning with period poverty campaigners to get free sanitary products placed into Liverpool and Everton Football Clubs.

We’re extremely proud of the strong relationships we’ve built with the Muslim community in Liverpool – with mosques collecting food and holding events to break down barriers between our communities.

These links have been invaluable in combating the threat of the far-right. When working-class communities come together to tackle their shared problems, it closes the space in which the far-right can organise, and their rhetoric can take hold. 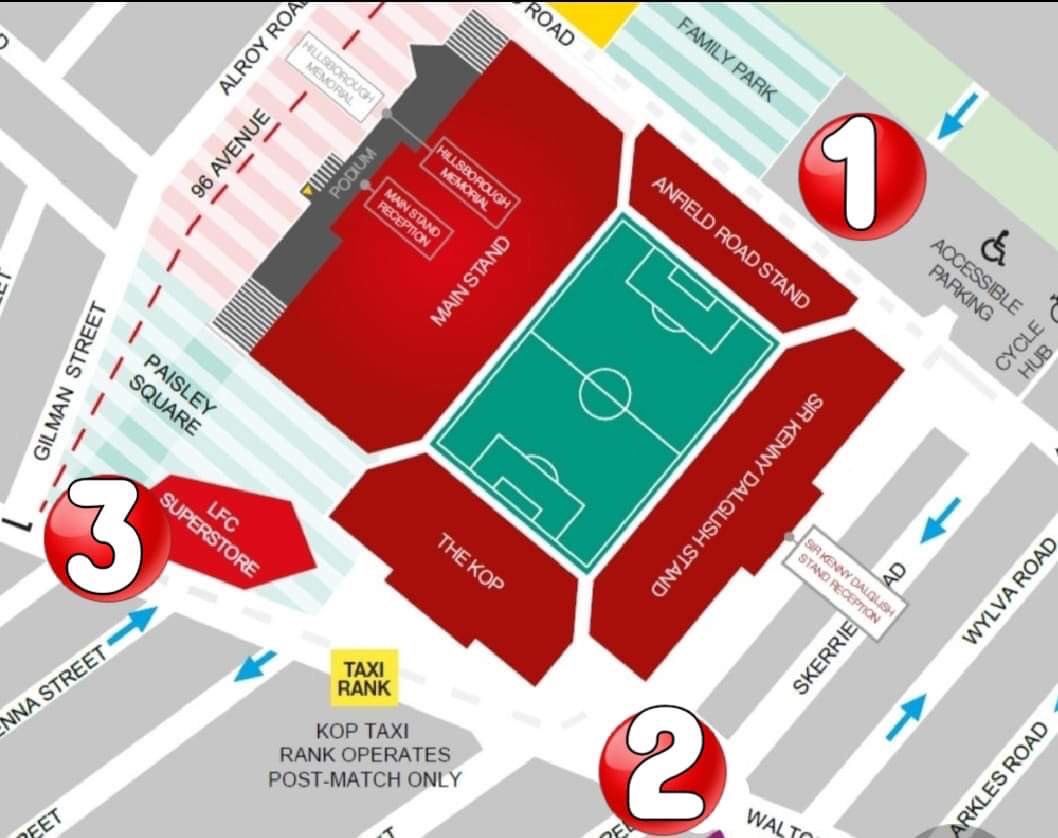 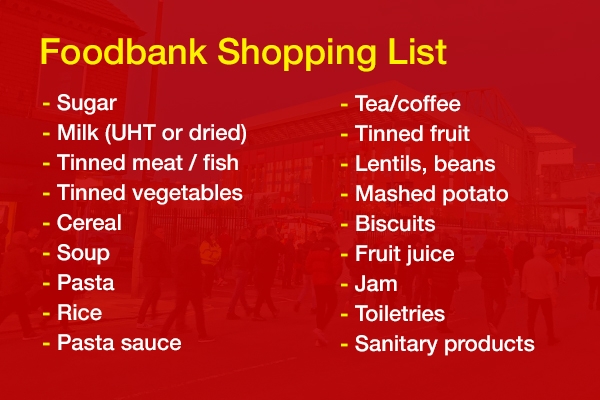 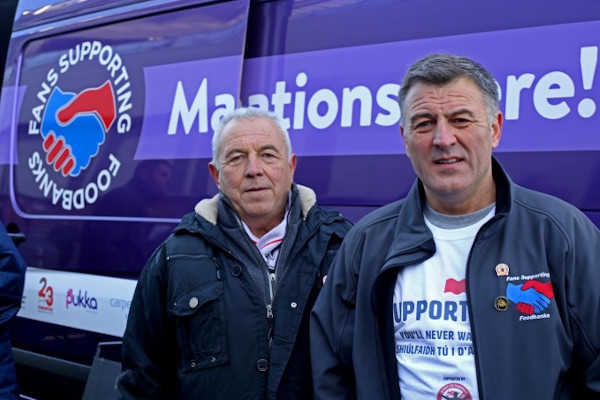 Solidarity with Montevideo A few weeks ago, at the beginning of March, a group of Spirit of Shankly met with supporters of Uruguay’s @LiverpoolFC1915, based in Montevideo, who were visiting the city. It was the start of a friendship between our two sets of fans. We [...]

A new grassroots initiative '#morethenastadium' is to be launched Tuesday 29 January with the aim of reminding supporters of the match day impact they have on the Anfield area and its residents.

In solidarity with the people of Huddersfield, Spirit of Shankly are appealing to Liverpool fans travelling to the John Smith's Stadium on Tuesday 30 January to lend their support to the area's local foodbank.

Fans Supporting Foodbanks is a joint initiative between Spirit of Shankly and EST1878 recognising that hunger on Merseyside does not wear club colours.

The true spirit of Shankly

Liverpool’s fixture this weekend is a little special. The Reds host Huddersfield Town in a league game for the first time in 46 years (October 1971). Huddersfield was, of course, the club Bill Shankly left, in December 1959, for LFC.

We use cookies to ensure that we give you the best experience on our website. If you continue to use this site we will assume that you are happy with it.Ok
Go to Top