Lifelong Liverpool FC supporter Steven Steel recently contacted Spirit of Shankly regarding a letter from Bill Shankly that had been written in 1968.

Steven said: “The letter was left to me by my brother, Anthony Steel. After his unfortunate accident and passing on 30 March 1972, I discovered the letter in his autograph book. I had it framed and it has been on my wall for many years. I recently reframed it as I wanted to gift the letter to the Spirit Of Shankly supporters union because as Karen Elizabeth Gill on your website so eloquently put it, ‘You embody Mr Bill Shankly’s spirit’.” 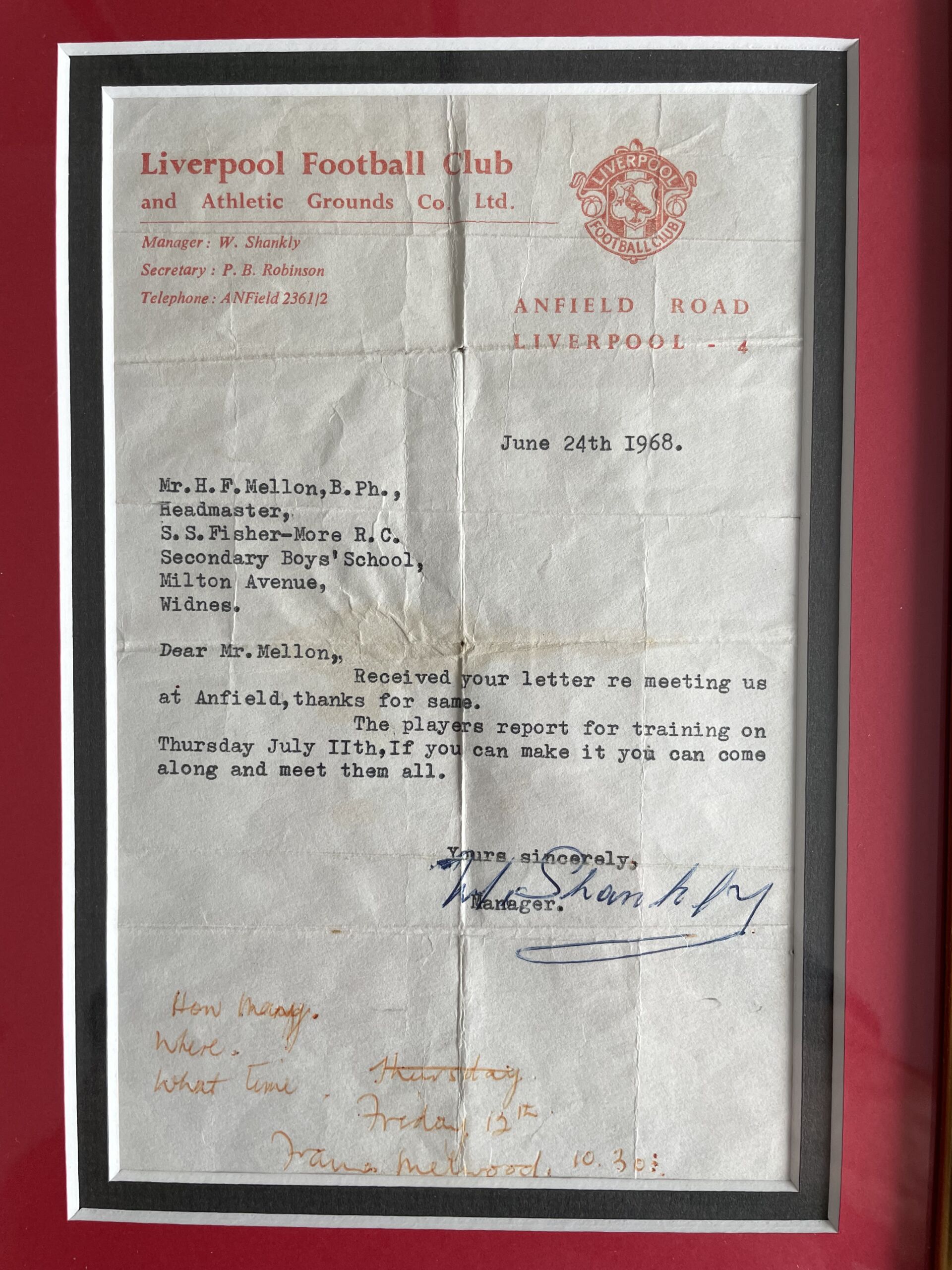 The letter was written by Bill Shankly in June 1968 to the headmaster of SS John Fisher and Thomas More RC Secondary Boy’s School in Widnes inviting a group from the school to meet the Liverpool FC players.

Recently Steven met with Karen Gill, our patron and granddaughter of Bill Shankly, along with members Stephen Monaghan and John Nicolson to present the framed original letter to SOS. It was lovely to be able to meet and chat with Steven and we will cherish the letter, which hopefully soon will have pride of place on the wall at our office. 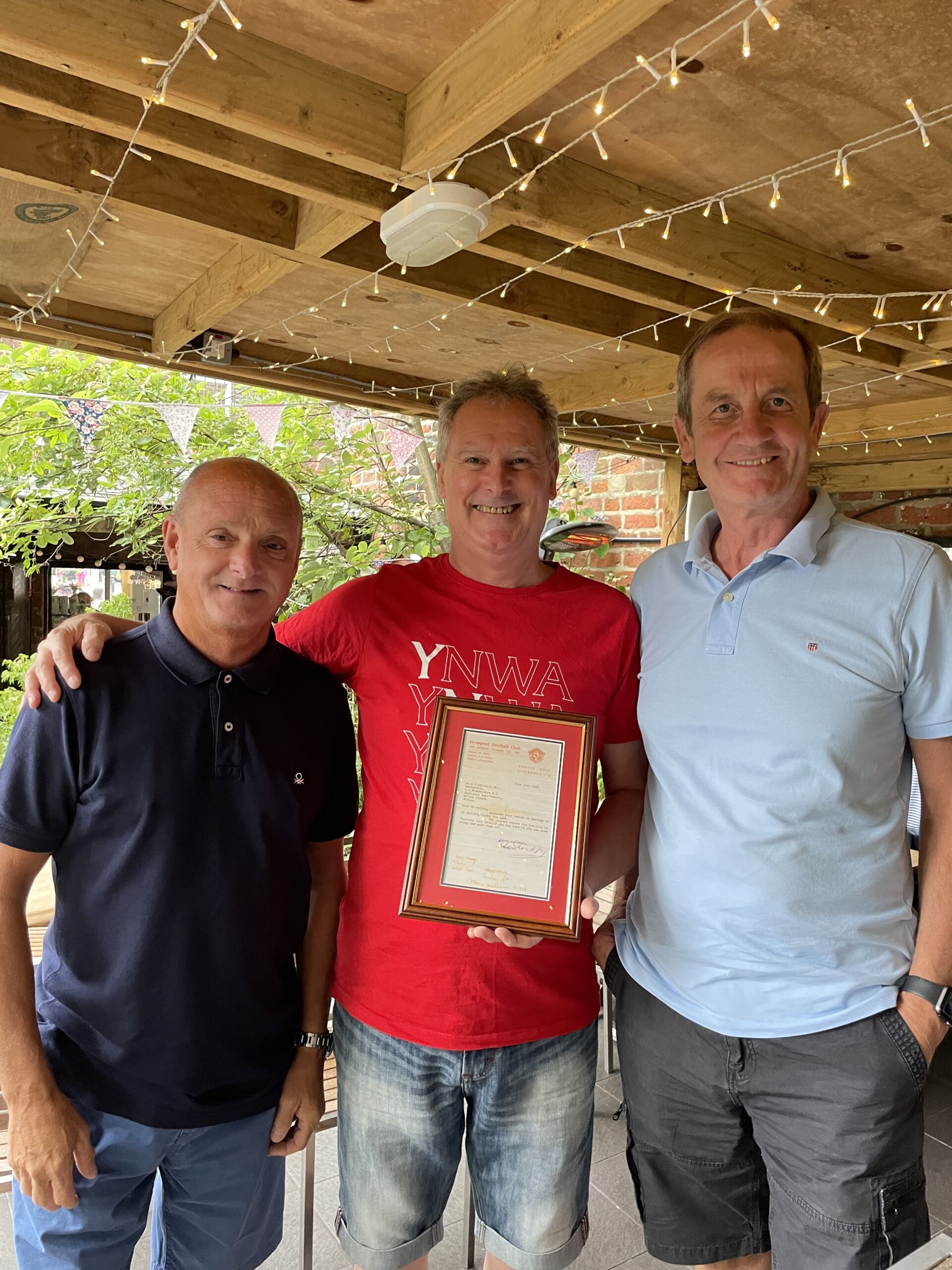